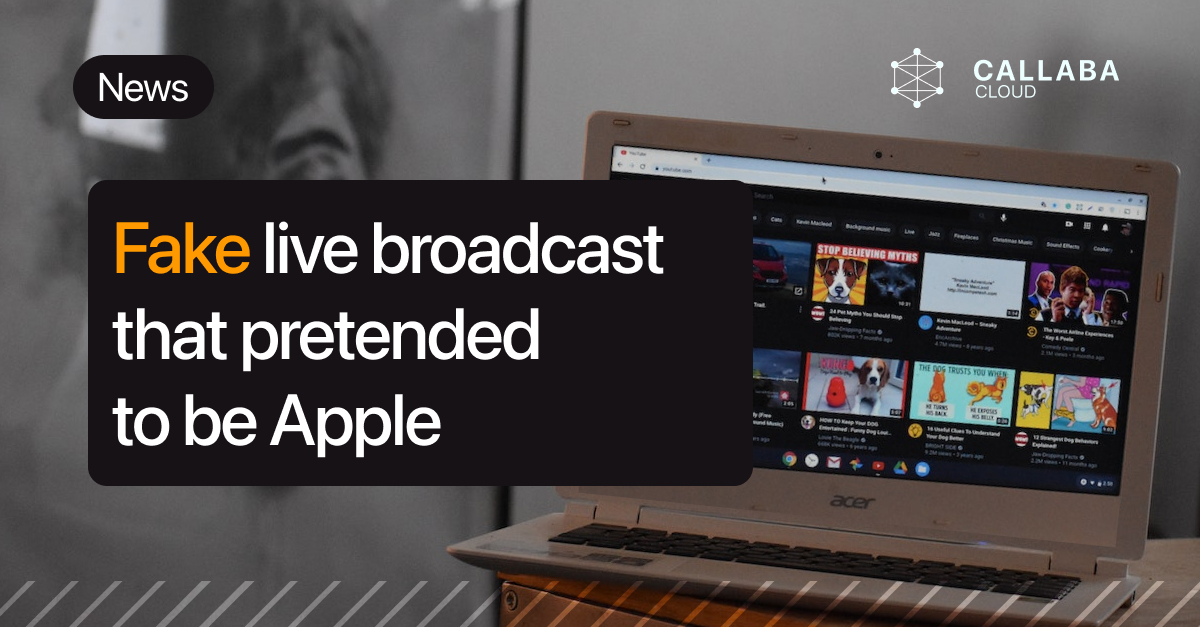 In this post, you will learn how scammers tried to steal tens of thousands of bitcoins using Apple's fake YouTube livestream.

YouTube feed users began receiving invitations to an informal Apple event last year, which allegedly occurred on the eve of the company's announcement of new products. The sign-ups numbered in the tens of thousands.

As it turned out, the main goal was to convince viewers to give away their bitcoins.

Bitcoin vs Ether via Airdrop

In order to organize this, the scammers created a fake Apple profile on YouTube and offered Ethereum back to users for Bitcoin donations through Airdrop technology, despite the fact that Airdrop is not an appropriate technology for such an operation as the transfer of crypto assets.

An interview with Apple CEO Tim Cook from five years ago was inserted as a picture of the “live” broadcast. The scammers signed the broadcast with different words and phrases related to the presentation of Apple products, so that when searching, users would go directly to the fake stream (Redesigned Macbook Pro, New Airpods and Pro Mac Mini.)

At the same time, the original video had the CNN Money logo. To block it, the scammers embedded the logos of Bitcoin and Ethereum, adding the postscript "Breaking News".

You may have come across this broadcast called "Apple Event Live" on the YouTube homepage.

What was YouTube's reaction?

The number of participants grew from 16,000 to 70,000. After receiving massive complaints, the false stream was removed, but not immediately.

What gave them away?

Mostly, it was not even Apple's fake YouTube page that aroused suspicion, but rather a strange link to an incomprehensible site about cryptocurrency.

Did the scammers succeed?

There is no information that anyone was actually hurt. But now we know that YouTube's algorithms can be easily fooled by using the right keywords.

It may have been a successful PR stunt. There is no confirmation of this information either. But now we also have a working scheme to increase your reach on Youtube.

Read our post “Cyber attacks on OTT platforms and how to prevent them” to learn how to protect yourself online.

More news from the world of streaming in our social networks: