How soon will traditional TV die? 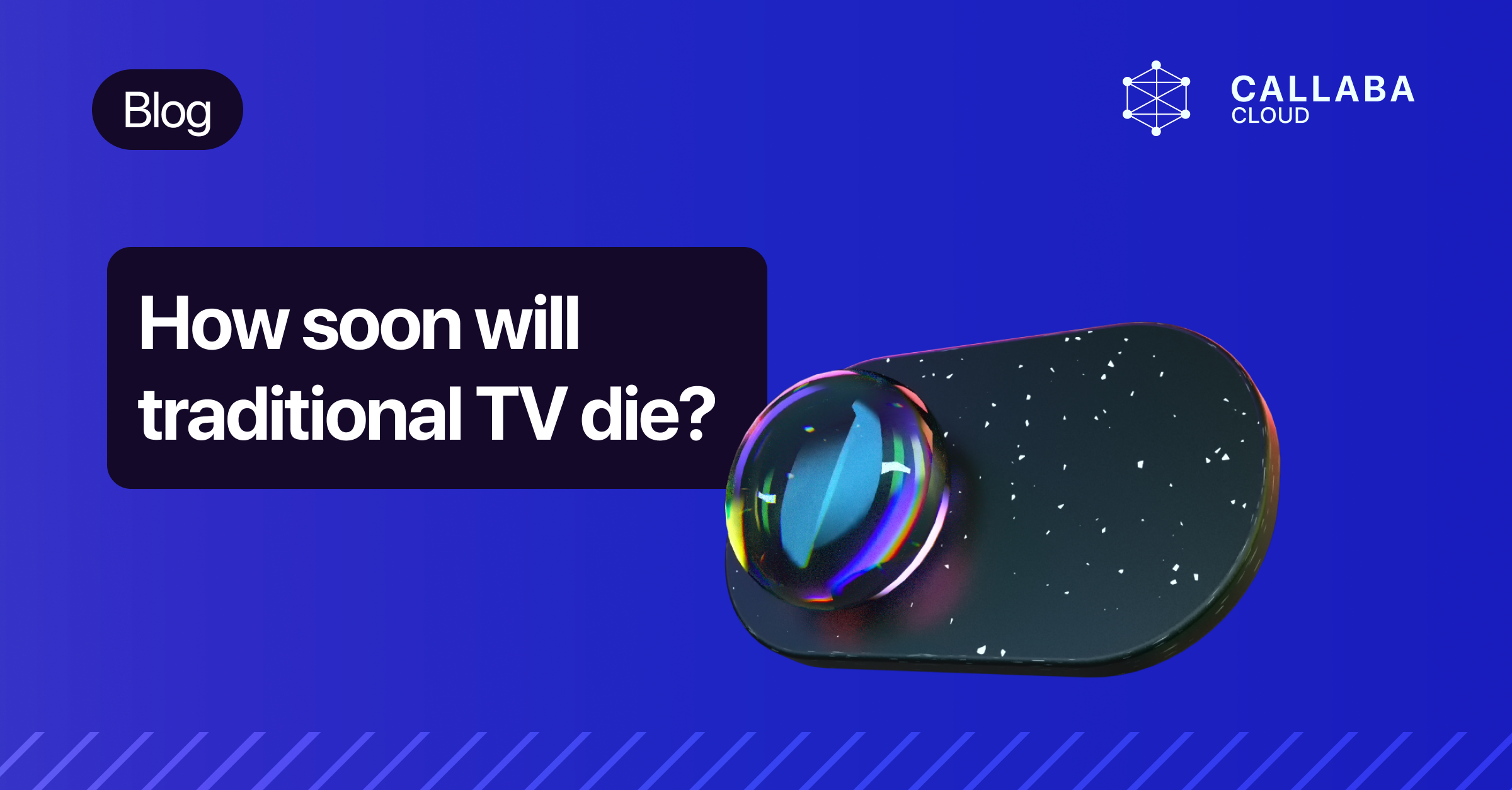 Reasons why the BBC will shut down all of its channels and move everything online.

As BBC CEO Tim Davy suggested in early December, traditional broadcasting is going away in favor of the Internet.

“The shutdown will happen and should happen over time, and we must actively plan for it,” he said, while mentioning that the transition will only be fully possible if the principle of universal access is maintained.

The BBC management sees this as a necessity. There is an increase in international competition in streaming, and free-to-air and public broadcasters (PSBs) must change the way content is delivered to accommodate changing audience consumption habits.

A number of terrestrial television frequencies are also being taken over by mobile operators.

Traditional TV is also not supported by the government. Not only the BBC is facing this, but also ITV and Channel 4. Changing public funding priorities will result in the license fee being gradually replaced by 2028.

Tim Davey also said that the company planned to close offline channels and radio stations by 2030 and form a single offer via online broadcasting.

BBC Four and CBBC (a channel for children) will go online within two years.

What will be the outcome?

Perhaps the BBC will create one application that will be easy to navigate and switch, for example, from TV programs and news to educational content.

The BBC can become a central point of future media in the UK, maybe even abroad, since there is no large-scale digitally managed public media company in the world yet.

Streaming Media interviewed Rob Ambrose, co-founder and managing director of Caretta Research. According to him, the BBC should reduce costs without losing relevance and OTT is the most obvious option to do this.

Data transfer via OTT is not free, but since the company already uses its own CDN, the company can shift a significant amount of the costs to ISPs.

Does anyone else in the UK plan to leave the satellite behind?

Comcast's Sky sees streaming services as a promising platform. It connects its TV to Sky Glass using the NowTV service.

But the BBC's uniqueness lies in its universal service, reaching all of the UK population, even in places without internet access.

So we can expect that for some time, such old technologies as SD, transmitted over DTT and DTH will still function.

Can 4/5G deliver that kind of coverage?

In Ambrose's opinion, this technology is capable of replacing current transmitters. One option is a streaming flash drive with a SIM card branded by the BBC and possibly another British broadcaster.

Channel 4 and ITV will have to adopt drastic measures in order to stay afloat, since they still receive state funding and receive license fees.

ITV has replaced the ITV Hub with ITVX by introducing services and generating advertising and subscription revenue. A number of premieres will be launched on this channel before they are aired on linear networks.

Carolyn McCall, CEO of ITV, believes that with the help of ITVX they will be able to develop in the streaming business, "fundamentally switching to digital technologies." In addition, McCall believes that analyzing audience browsing habits and aligning user content with advertiser needs is a good strategy.

Digital transition comes with one but major caveat - there are millions of people who live in rural areas with no or poor internet access.

The UK government has signed a contract with Elon Musk's Starlink company to pilot broadband coverage in these areas.

Starlink satellites pass the Internet at a speed of 200 megabits per second, according to the State Department of Media. The speed is four times higher than the average broadband access in the UK (50 Mbps or more).

The project of Gigabit includes reducing the cost of the Internet for people with low incomes through "Social Tariffs".

The UK's national broadband network is worth $5.7 billion and includes a $120 million contract to build gigabit broadband connections for 60,000 rural homes and businesses in the north of the UK.

British public broadcasters PSB are also set to bring up the issue of loss or co-allocation of wireless spectrum at the next ITU World Radiocommunication Conference in Dubai.

The Digital TV Group (DTG) has a comment for Ofcom on this subject, and it's not very happy.

They believe that if neighboring countries decide to use a joint primary allocation to launch mobile services, this will result in the abandonment of PMSE and DTT for some or all of the 470-694 MHz frequencies.

What is the difference between traditional broadcasting and the Internet

Terrestrial TV works like this : the tower transmits a radio signal in all directions. To catch the channel, you need to turn on the toggle switch on your TV.

Cable networks work with a slight difference - traffic goes only where the cable is laid.

The key is that no matter how many recipients there are, one copy of the data comes from the station. This is called “everyone gets everything”, we described it in detail from the technical side in the article Broadcast vs Multicast.

On the Internet, it is different - if you watch a video, for example, on YouTube and 20 or 2,000 more people watch it with you, then every viewer receives their own copy of the video.

Can a streaming platform replace a dish?

Streaming servers with video content are available anywhere in the world at any time. There is no longer a need to wait for the right hour when the program of interest will be on TV. This is its main killer feature.

Streaming only requires a device with an internet connection. Users can watch the stream both on the go and at home.

Many traditional TV stations offer HD (high definition) and SD (standard definition) channels for the same content. Viewers can manually select which one they would like to watch, or the service can automatically redirect viewers to an HD broadcast.

Streaming uses adaptive bitrate technology to automatically select bitrate and resolution based on the device and available bandwidth of each viewer. This guarantees the best broadcast depending on the network situation. On any network, even a really poor one.

From a practical standpoint, streaming media is a great solution for global delivery at any scale. If the viewing location is connected to the Internet and has a CDN infrastructure, live broadcasts from London will playback in Sydney with no issues.

Latency, or the delay that occurs between capturing and playing a live broadcast, has long been a lifesaver for cable and satellite television. HTTP-based streaming technology often lagged behind with latency of up to 45 seconds, while traditional broadcasts today have a delay of about five seconds. But now with the new streaming technologies and modern codecs with advanced compression rates, latency is no longer an issue.

Streaming may seem like just another way to broadcast. Upon closer inspection, it reveals much more. Organizations that do not want to move to the next level will miss out on many of the benefits described above.

If you are a TV broadcaster and you are looking for solutions to integrate new technologies into your classic scheme, then we suggest you try it with Callaba.

Why it can be useful for your company :

Callaba is equipped with powerful functionality for streaming, transcoding and multiplexing.

You can convert any protocol and codec to any on the fly.

Create custom workflows for your streams to deliver different types of content to different viewers and provide the best user experience on any device.

Play your stream in the browser (regardless of protocol) and share the link with your team or with your audience. You can also embed the live streaming player directly on your website.

For pay-per-view set up, you can make your content only available for customers who have purchased a ticket via your website or your partner ticket-seller services.

Callaba Cloud has network analysis and key steam quality parameters analytics to make it easy to determine the right settings for your setup.

You don’t even need an actual live stream to perform tests - with Callaba, you can generate a test video for the setup.

With cloud streaming, you no longer need to think about bypassing the firewall and opening ports.

We do not artificially limit the server capacity available for use, so you can record as much data as your server can keep. You can record, store and upload unlimited terabytes of content in the cloud.

You can test all of these features with our 5-day free trial period on AWS.

Want to know more? Follow us on social networks: