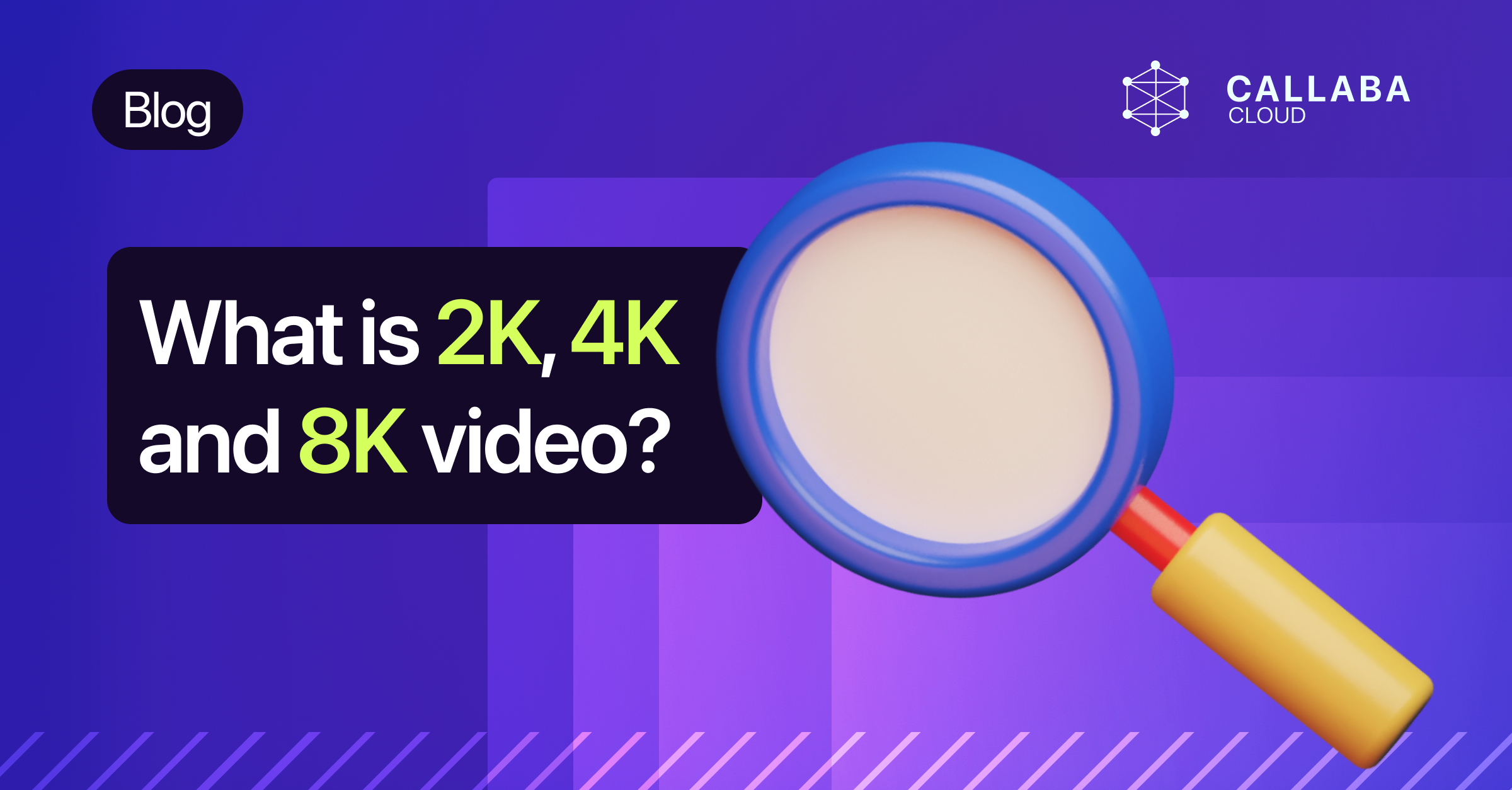 This article discusses the differences between different video resolutions and the ways they are being used in the streaming industry.

What is Video Resolution?

In general, the resolution is quoted as width × height, such as 1920×1080. Longer value 1920 suggests the width and smaller value 1080 suggests the height that the display could be transformed into pixels. Pixels are the smallest elements (dots) in a display device that produce a specific color. Therefore, the quality of a picture on the display vastly depends on the pixels. So, the more pixels on a display, the more detailed the picture will appear on the display screen.

You have probably heard about the pixels-per-inch metric. The pixels per inch of a display is what's referred to as the pixel density or PPI. It's a measure of how many pixels you would count if you counted the pixels, horizontal or vertical, that exist in a single inch on your display.

If all pixels were the same size, the pixels in an inch would be a known number, like centimeters in an inch (2.54) or inches in a foot (12).

In other words, how many pixels per inch depends on the size and resolution of the screen you're talking about. If two monitors have different screen sizes, they can both be 4K, for example.

Often called “HD,” this is the lowest resolution that can still be considered HDTV.  Most videos are shot in at least 1080, but 720 (1280 x 720 pixels) can be an acceptable resolution for smaller web content. With most computer screens now being HD, the best practice is to use a higher resolution than 720 when browsing the web and streaming videos.

The popularity of flat-panel HDTVs in the US came with this  resolution, where frames were played at 24 or 30 frames per second (fps). The basis for resolution in the states was HD (an early analogue television standard) and NTSC (an analogue color television system).

At that time, the basis of television solutions in Europe was the technology PAL. This is a color analog television system that was developed in 1967 and is still used in Europe. This system is compatible with monochrome data transmission and generates a monochrome signal, at the end of which color information is transmitted. PAL in 720p is 25 frames per second.

While the transition from analog to digital TV has come, manufacturers have decided to offer the consumer the best HD format with its 1080p.

Often referred to as “full HD,” 1080 (1920 x 1080 pixels) has become the industry standard for a crisp HD digital video that doesn’t eat away your storage space too fast. Smartphones typically have this resolution as well.

The next steps up are QHD (2560 x 1440 pixels) or 2K resolution (2048 x 1080 pixels). These formats provide more room for image edits, larger displays, and reframing without lost quality.

Ultra High Definition is 3840 x 2160 pixels. In most viewers' eyes, it appears quite similar to 2K, but it gives filmmakers more room for zooming in and editing. Ultra HD (also known as UHD) is popular among televisions, media players and video content. TVs with Ultra HD resolution display 4 times more pixels than Full HD images.

4K has a resolution of 4,096 × 2,160, a little higher than UHD.  Realistically, 4K TV versus a UHD TV will not make much of a difference to the average viewer, they all are excellent resolutions. But if you want to cut in closer or edit colors, the bigger the resolution, the more options you can have.

Despite rarely needing to shoot in 8K (7680 x 4320 pixels), this extremely high-resolution option allows for impressive visual effects or zooming into distant shots without pixelation. Two main reasons to film in 8K are visual effects and reframing. 8K provides more pixel information for things like green screens. And you can reframe to a specific close-up without any loss in quality.

Why does video resolution matter?

For filming. Before proceeding, you should set the frame size. This applies to both the cameramen filming with professional cameras and smartphone users. Unlike TV shows, in real life you can’t just click the “improve image” button and get a high-quality picture.

If you want to shoot in 4K, you don't just need the right camera, you also need to set the format. Most cameras default to 1080p.

For TVs. Simply put, not every TV needs 8K or even 4K. There are many tables on the web that help you calculate the screen size for high-definition video. But in our humble unscientific view, the minimum diagonal at which a 4K video will look good is 50 inches.

The smaller the screen size, the less noticeable the effect will be.

Video in 4K was rare five years ago. Nowadays, Netflix shoots most of its shows in 4K. It's a treasure chest of high-definition films.

Some YouTube content creators also upload videos in 4K. Streaming in 4K requires a minimum bandwidth of 25 megabits per second.

Please note that 4K files are large, which can be a problem if you intend to store them on a hard drive. One terabyte will fit about 35 hours in 4K format.

Please note that not all content will be available in 4K. Recent content (created in the last few years) will probably be in 4K, but older titles and series may take a while to upgrade.

Most streaming services offer you 4K content (if it's available), beyond your monthly subscription fee. Disney Plus, Apple TV Plus, Amazon Prime Video, YouTube, HBO Max, and Hulu offer 4K content at no additional cost.

If you only have a 1080p digital media player, you won't be able to watch 4K content through it. Similarly, if your TV is only 1080p, you won't see the increased sharpness that 4K content provides.

How does Callaba handle video quality?

With Callaba, you can stream HD, Full HD, Ultra HD, 4k and 8k video transmission over any protocol worldwide.

To see what you can do with Callaba, try our free 5-day trial on AWS.

If this article was helpful to you and you want to receive more articles like this, follow us on social media :