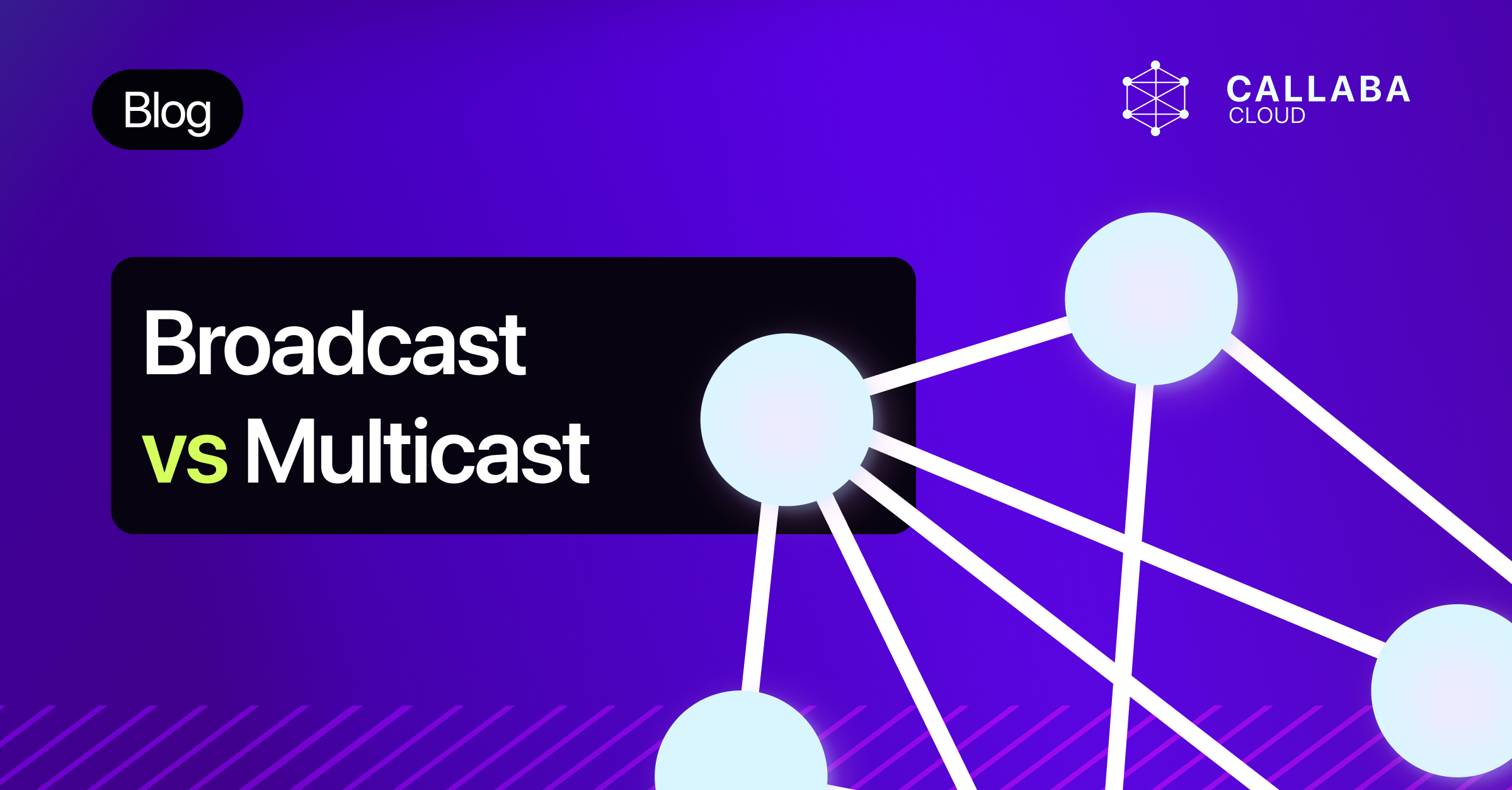 In this article, we will explore the difference between broadcasting and multicasting and figure out which type of data transmission is suitable for your purposes.

A data transfer is the transmission of information from one device to another in the form of packets.

Today we will focus on two transmission methods - broadcast and multicast.

In a broadcast network, transmission occurs as follows:

One example is a wireless network.

The TV tower transmits a signal. Those who wish to see  it will turn on the TV and receive the channel. Cable TV also works, with a slight difference - traffic will only go where the cable is laid.

The key point is that regardless of the number of recipients, the station transmits only one copy of the data, but at the same time everyone receives everything. A device on a local network (LAN) can be configured to send messages to other devices on the network.

That is, each cable TV client will receive data from all 150 channels, although in reality they can watch only one at a time.

Most data in a network is unicast traffic. Unicast is a one-to-one traffic flow, it has one cast and one destination.

Let’s say we have a server hosting a live video stream, for example a feed from a security camera.

The server started sending the video to Client #1.

So the server is doing the same amount of work three times and consumes 3x bandwidth.

By contrast, multicast is a one-to-some or a one-to-group type of traffic flow.

In a multicast, the server only sends one copy of the stream and it is up to other network devices like switches to route the stream only to those who have requested it.Since the replication and distribution of these packets is done by the network rather than the head end server, it scales well to extremely large numbers of receivers.

So, multicast is a compromise between the following two approaches:

1. Regardless of the number of clients, only one copy of the traffic is transmitted.

2. Traffic is delivered only to those who have requested it.

The main task of multicast traffic routing protocols is to create an optimal topology that excludes rings. The signaling protocol for a multicast is called IGMP (Internet Group Management Protocol).

IGMP is a protocol used by hosts on a network segment to identify group membership sending IGMP messages to a multicast router.

Areas where multicast type of broadcasting is used:

So, with the help of multicast, you can simultaneously send messages or sets of packets to several devices on the network. The advantage of this type of mailing is that only a certain group of users has access to information packages.

4 main differences between Broadcast and Multicast

How to choose the broadcast type for your video stream?

For corporate clients, online content exchange is important, this can be done using IPTV channels.

Multicast over the internal network can be just as important and relevant as unicast for sharing video with mobile workers.

Each approach has its pros and cons. It should be considered depending on the goals, tools and audience.