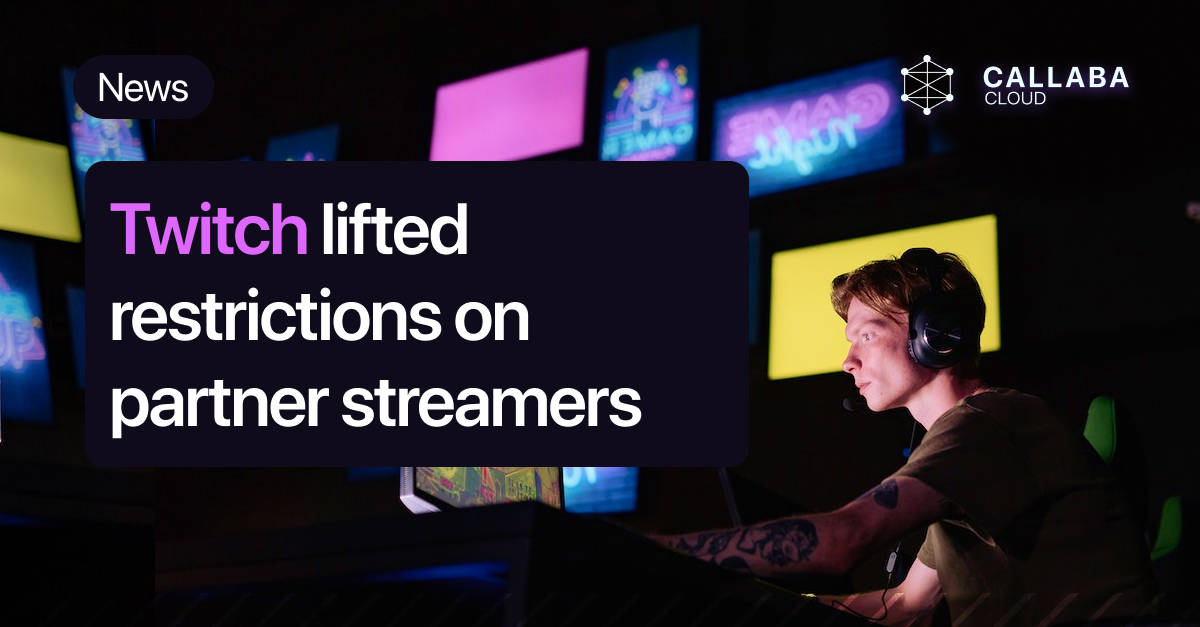 In a blog post on the company's official website, Dan Clancy commented on the removal of restrictions on partners of the streaming service.

According to him, they initially believed Twitch would be sufficient for streaming when developing the affiliate program. While he acknowledged that the platform is still quite user-friendly for community development and audience engagement, a lot has changed since the concept was launched, and digital tools have evolved.

It was therefore necessary for them to update their policy.

Formerly, if a streamer signed a Twitch partnership contract, he couldn't broadcast on such platforms. Now Twitch partners are no longer tied exclusively to the streaming platform.

The partners received letters informing them that they can now create broadcasts on other platforms.

The choice is there, but not the synchronicity

Although streamers now have a choice, simulcasts, that is, streaming simultaneously to multiple sites, are still not available.

The Twitch FAQ states that this limitation exists because streamers are unable to offer an optimal viewing experience to their viewers.

What is now possible

Advertise your channels on other platforms, such as YouTube.

There is still no way to synchronize streams. This means that you can't stream on another platform while streaming on Twitch. But after the end of the broadcast, it is possible.

Thus, Twitch seems to be interested in analyzing what other platforms their audience uses and returning some of those who have left.

The idea is not new

That being said, the fact that Twitch partners are allowed to stream on other platforms such as YouTube, UStream or Facebook is not exactly a new game. There have been instances where the platform has given streamers the go-ahead to waive exclusivity clauses.

Besides this easing, Twitch plans to change its monetization methods in order to reduce its partners' revenue. Amazon, the parent company of Twitch, is considering making a few changes to its affiliate program to increase its bottom line, according to a Bloomberg report.

Apparently, these changes include a new distribution of revenue from subscriptions. The platform is considering reducing the revenue of partner streamers who are connected to it through a subscription and are among the most popular Twitch streamers. By using a level system for partners, they plan to reduce streamers' income by up to 20%.

While Twitch focuses on finding a way to make more money, Meta is working on its Super streaming platform.  The platform, however, focuses on opinion leaders from different fields, unlike Twitch.

To stay up to date with the latest news from the world of streaming, follow us on social networks: